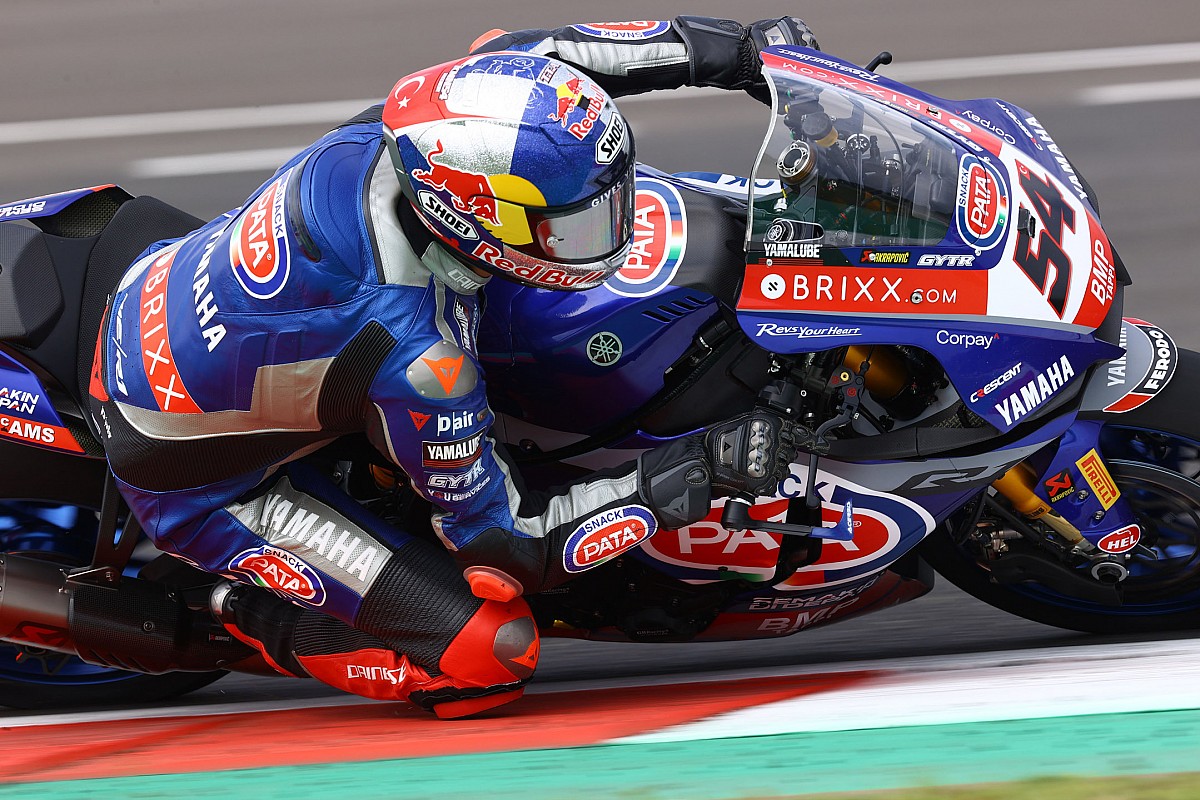 At the end of a nervy 20-lap race at the brand-new Mandalika Street Circuit, which was affected by light rain in the early stages, Razgatlioglu secured the points he needed to win the championship with one race still to run.

Rea did everything he could to keep the title fight alive with a stunning victory aboard the Kawasaki, his 12th of the season, but Razgatlioglu’s second place means that even a win in the final race for Rea on Sunday and a DNF for his rival would mean Rea losing out on countback.

“I don’t know [how I feel] now,” said Razgatlioglu post-race. “My dream this season was to become champion for my father [Arif], it’s not possible for him to see because he died, but for me it’s a very special day.

“I was very scared because the front was sliding and after I tried to come back again, but we are here. Incredible day for me.”

Story of the race

After a short delay due to a rain shower just as the riders were about to begin, Rea grabbed the holeshot from poleman Razgatlioglu heading down into Turn 1.

But with spots of rain still falling at certain parts of the track, Rea couldn’t get away at the front and Razgatlioglu managed to wrest back the lead at Turn 1 on the third lap.

As the rain intensified, Motocorsa Ducati man Axel Bassani briefly threatened to upset the fight between the title protagonists, passing the works Ducati of Scott Redding for third before grabbing second from Rea on lap 4.

Next time round, Bassani – who had starred in similar weather in Barcelona – passed Razgatlioglu for the lead at Turn 10, and this afforded the chance for Rea to get back ahead of the Yamaha rider, who appeared less comfortable in the tricky conditions.

By the end of lap 5, Rea was back in the lead, and Bassani couldn’t maintain his pace as the track began to dry out, dropping back behind Razgatlioglu.

The championship leader wasted little time closing down Rea, repassing at the start of lap 9 as Bassani slipped behind Redding, but as the top two continued to duel out front, it was soon Redding’s turn to disrupt the title battle.

After Rea and Razgatlioglu exchanged the lead on another couple of occasions, Redding grasped an opportunity to pass Rea for second on lap 11.

Razgatlioglu then made a rare error as he ran wide at the long Turn 15-16 right-hander, dropping to third handing a Rea a lifeline – the Kawasaki rider had to realistically win with Razgatlioglu finishing third or lower to stay in the fight.

Rea gradually closed down Redding and passed at the Turn 10 right-hander to provisionally put himself in a position to take the title down to the wire.

But, after repelling an assault from Bassani, Razgatlioglu regrouped and with three laps to go he repassed Redding for second to put himself back in a title-winning position.

Razgatlioglu wasn’t done yet, setting the fastest lap on the penultimate lap, but he didn’t have enough time left to catch Rea, missing out on the victory by 0.670 seconds but doing enough to put the title beyond Rea’s reach.

Behind third-placed Redding, Andrea Locatelli beat Bassani to fourth aboard the second factory Yamaha, while Michael van der Mark was a solid sixth on the best of the BMWs.

Alvaro Bautista was seventh in his penultimate race for Honda, followed by Chaz Davies on the Go Eleven Ducati, Leandro Mercado’s MIE Honda and Tom Sykes on the second BMW.

Garrett Gerloff suffered a dismal opening few laps to trail home 11th on the GRT Yamaha from fourth on the grid, one place ahead of a similarly disappointing Michael Ruben Rinaldi (Ducati).