The first match is Dave Dutra vs. Brody King. The match will be Dutra’s NJPW debut.

The other matches are TJP vs. The DKC and Karl Fredericks and Kevin Knight vs. Bateman and Misterioso.

Below is the updated lineup for the event.

Nemesis will be the final NJPW Strong tapings of 2021.

Below is their announcement: 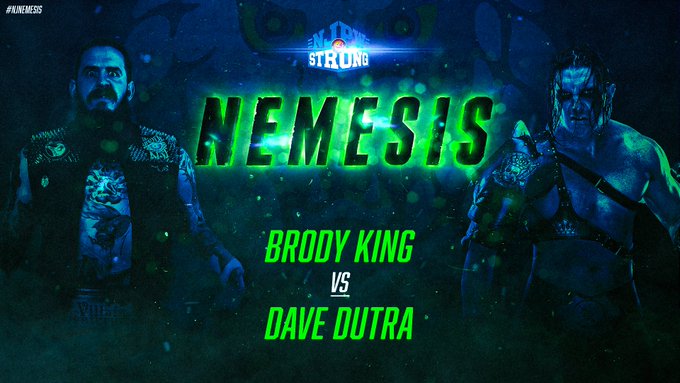