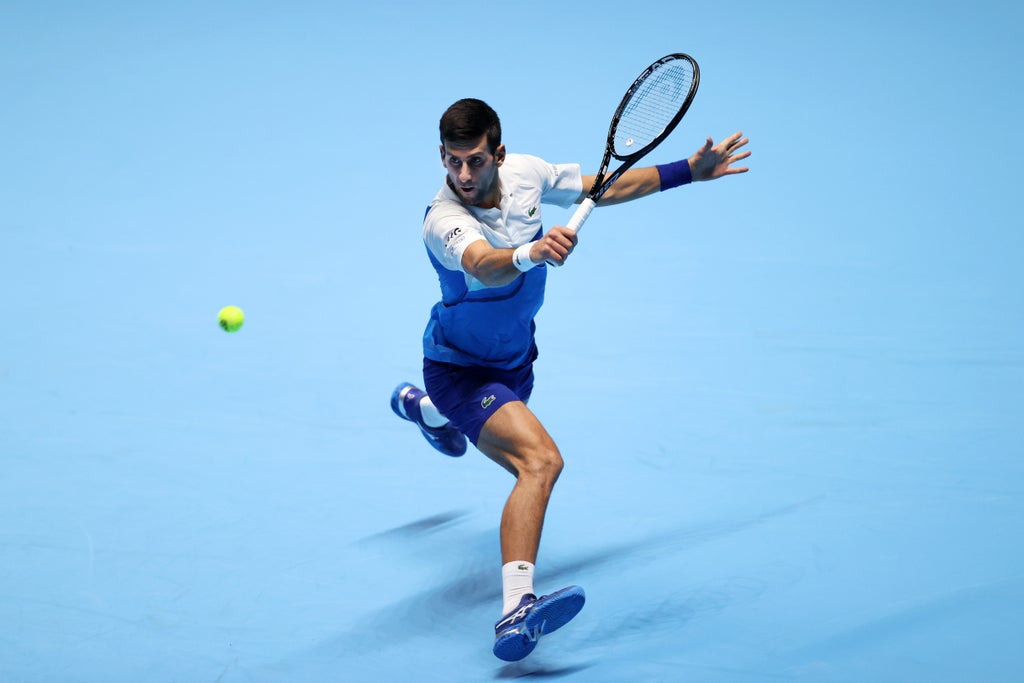 The world number one had already secured his place in the semi-finals, against Alexander Zverev on Saturday, going into his final group stage match.

He made it three victories from three in Turin with the 6-2 6-1 win over the British number one, and he is the favourite to make it a sixth title at the tournament, which would match Roger Federer’s record.

Djokovic broke Norrie’s serve in the very first game of the match, and did so again to love to take a 4-1 lead with the double-break.

The Serbian lost just four points on serve in the opening set, and held to 15 to take it 6-2 in 28 minutes.

He was in a ruthless mood, breaking the Brit’s serve again in the first match of the second set.

Norrie manufactured his first break point of the match in the very next game, but he was unable to take it and Djokovic held to consolidate the break.

It proved to be the same story as the opening set, with Djokovic breaking the Norrie serve to lead 4-1 and move within touching distance of victory.

He quickly got to 0-40 two games later to bring up three match points, and while Norrie saved the first two, Djokovic was not to be denied a third time as he sealed a comprehensive win.

The 26-year-old has had a year to remember, becoming only the third Brit since 2000 to win 50 matches in a season, most notably triumphing at Indian Wells.