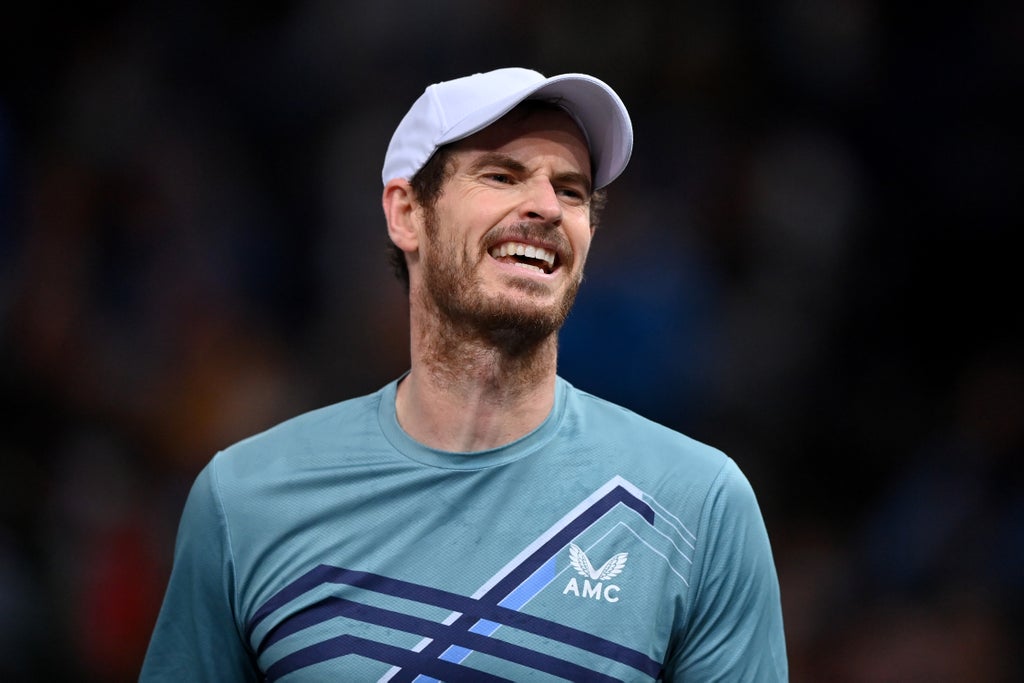 ndy Murray failed to convert seven match points in an agonising first-round defeat to Dominik Koepfer at the Paris Masters.

On a bizarre night, Murray’s original opponent Jordan Brooskby pulled out of the encounter just two hours beforehand with Koepfer, who had lost his final qualifying match in the French capital, brought in to face Murray.

And it was the German who started much the stronger of the pair only for Murray to launch a fightback, winning five games in a row and breaking to love when Koepfer was serving for the match in the second set.

The former world No1 had two chances to seal the match on the world No58’s final service game in the decider but could not convert, so too five subsequent match points in the tiebreak for a 6-4 5-7 7-6 defeat.

“I am very disappointed,” said Murray in the aftermath. “I didn’t play well enough to win. That’s the thing that I’m most disappointed with. I had a lot of opportunities at the end to win but the way I was playing tonight was not good enough. I didn’t deserve to win the match.”

But this was a result and performance to almost act as a step back on his recent progress with form and fitness.

Murray has a chance to make amends before the season’s end with a wildcard into the upcoming Stockholm Open.

Following his latest defeat, Murray added: “It felt like at times I was missing a ton of first serves in a row. I didn’t hit my second serve well either, which the last couple of weeks has been better.

“So, there were a number of things that I didn’t do well enough tonight and, the reasons for that, I’m not sure. I just made mistake after mistake.”

‘In the end I don’t know either’