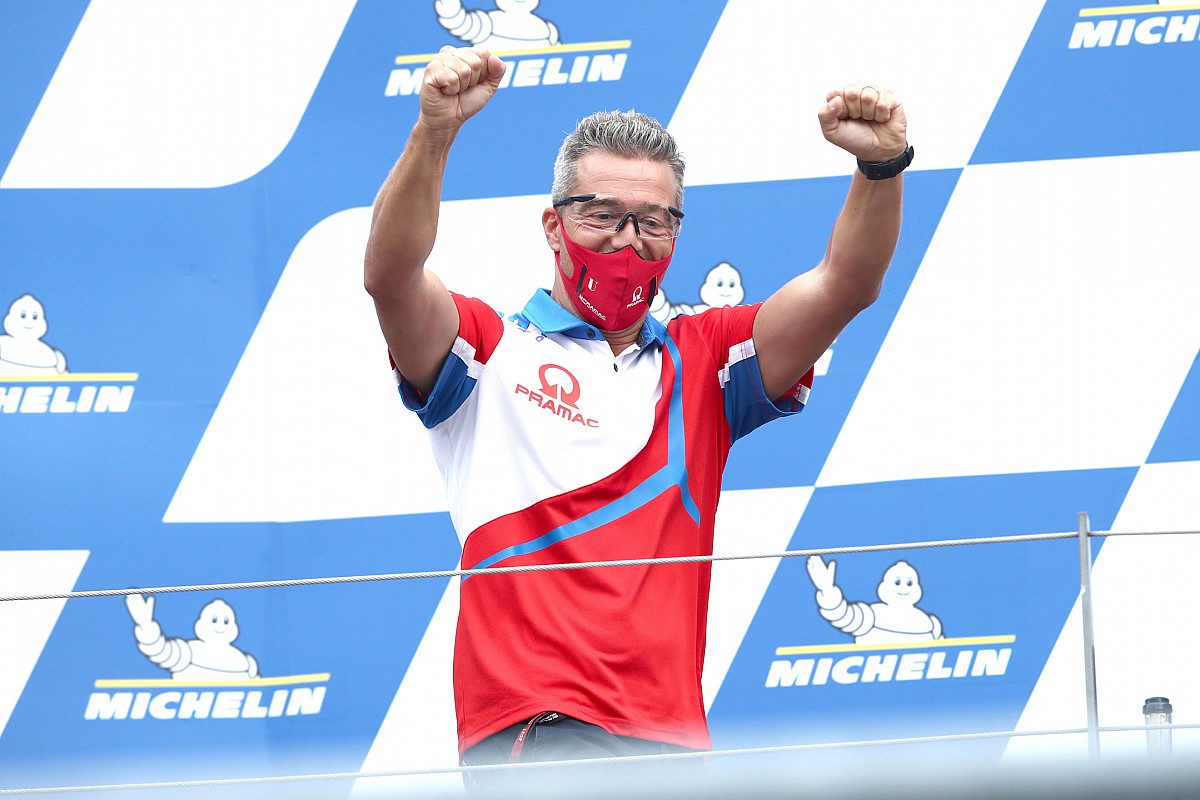 The KTM team, which will enter its sixth season in MotoGP next year, is currently seeking to take a new step forward in its project which, after a successful 2020 in which the Austrian manufacturer secured its first victories in the top tier, has stagnated this past season.

In order to get its MotoGP programme back on track, KTM has elected to bring Guidotti into the fold.

Guidotti, who has a wealth of experience in MotoGP, will depart from Pramac after nine seasons with the team.

As Pramac’s team manager, the Italian has worked closely with Ducati, the current bike of reference on the grid, and will be tasked with pushing KTM further up the order.

Guidotti had also rumoured to take over the role of team manager at Suzuki in 2022, which is currently seeking a new management structure following a disappointing defence of its riders’ title – in which 2020 champion Joan Mir was unable to secure a victory.

The out-going Leitner came to KTM after an extensive career at Honda-HRC, where he excelled in his role as Dani Pedrosa’s track engineer.

The Austrian technician was recruited by KTM to lead the move into MotoGP, taking the RC213V model as the basis for its RC16 prototype.

However, the tables have turned on the MotoGP grid and the bike that now sets the competitive benchmark is the Ducati, hence KTM’s interest in bringing in Guidotti – who knows the bike and the working methods of the Borgo Panigale brand.

KTM broke its victory duck in the third round of the 2020 season, where then-rookie Brad Binder prevailed at Brno to secure victory.

Binder and Oliveira won one race apiece in 2021, with the Portuguese rider claiming the spoils at the Catalan Grand Prix following his move to the KTM factory squad, while Binder’s gamble on slick tyres on an ever-dampening Red Bull Ring circuit netted him victory in the Austrian Grand Prix.

However, the Tech3 operation struggled, with Danilo Petrucci’s fifth place at Le Mans marking the French team’s best result of 2021.

KTM will continue to supply the same equipment to both squads, with Brad Binder and Miguel Oliveira remaining at the factory team, and Tech3’s line-up formed by two rookie riders, this year’s Moto2 champion Remy Gardner and runner-up Raul Fernandez.

Red Bull F1 pace “something else” in Saudi qualifying

Hamilton distances himself from Kingspan F1 deal amid outcry