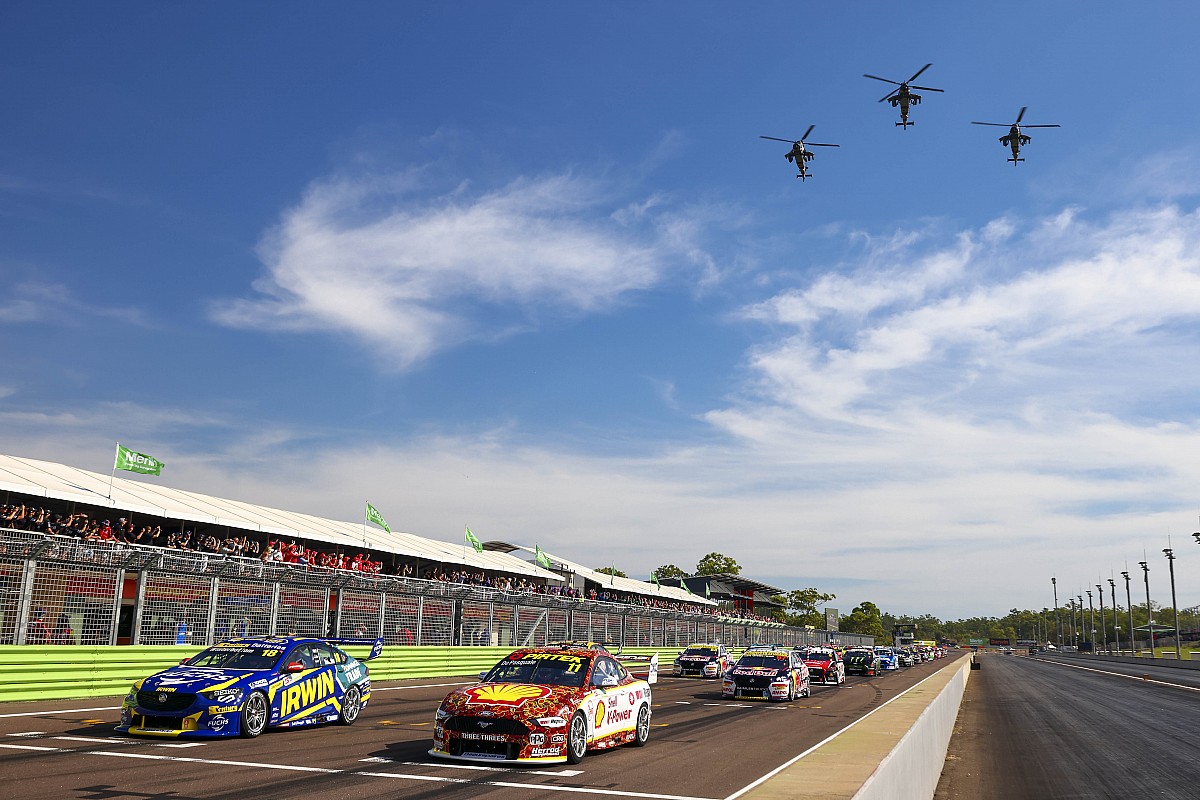 The Aussie touring car series has locked in its annual trip to the Northern Territory, retaining the mid-June slot to catch the region’s dry season.

For the second year running the Darwin Triple Crown will see Supercars share the bill with ASBK, while Hidden Valley will also host the Nitro Up North drag racing meeting on the Friday and Saturday nights.

It’s also been confirmed that the 2022 running of the event will also be its first as a formally recognised Indigenous Round, taking place on Larrakia land.

The Indigenous Round concept, used in both of Australia’s major football codes, was floated for this year but couldn’t be formalised in time.

Teams have sporadically run Indigenous-inspired liveries at the Darwin round in the past to celebrate the Territory’s rich Indigenous culture and history.

“The Merlin Darwin Triple Crown is always a favourite with motorsports fans, and thousands of people flock to Hidden Valley Raceway each year to soak up three days of action and experience everything the Top End has to offer under our clear blue skies,” said Tim Watsford, CEO of Northern Territory Major Events Company.

“This event is a standout of the championship for the experience spectators get, and will be even more unique this year as the official Indigenous Round.

“In another first, we’ve also got two nights of high-octane Nitro Up North action.”

Supercars CEO Sean Seamer added: “The Northern Territory Major Events Company has put together a fantastic three-day programme for our visit to the Top End in 2022,” he said.

“It will be fantastic to see thousands of fans trackside again in Darwin in June.

“Hidden Valley has a great history, and bringing to life the first official Supercars Indigenous Round will add another great element for fans.”

The Darwin Triple Crown is the third piece of the 2022 Supercars calendar puzzle to fall into place, following confirmation of dates for the season-opener in Newcastle and the Australian Grand Prix in April.

The Hidden Valley event is also expected to be the first leg of the northern swing with Townsville, ahead of a lengthy winter break for Supercars on a slightly expanded 2022 schedule.

Red Bull F1 pace “something else” in Saudi qualifying

Hamilton distances himself from Kingspan F1 deal amid outcry